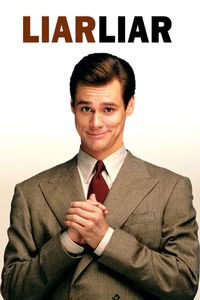 (In theaters, April 1997) Jim Carrey is great as a lawyer unable to lie during a full day. Never mind the ambiguous script, the disappointing finale and the sugar-coated messages, this is one of the best comedies of the year. I don’t think that Carrey is the ultimate comedian, but he has charm, and the movie would be much poorer without him. There are more than a few good jokes other than Carrey’s antics, which probably accounts for the movie’s long-running success.