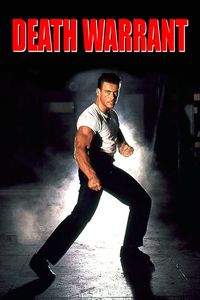 (On TV, October 1998) This scores high on the giggle-meter if only for the setup, where Jean-Claude Van Damme is revealed to be a policeman from Quebec (!) put in a California prison so that he won’t be recognized (!!) while investigating the deaths of several prisoners. (!!!) From stereotypical lecherous hackers to the final showdown between van Damme and The Guy Who Killed His Partner -including the non-resolution of the mystery,- this is bad enough to make you throw a party every time it plays on TV. Better yet; rent it with Sudden Death and bill your experience as Sudden Death Warrant: A Van Damme Retrospective.