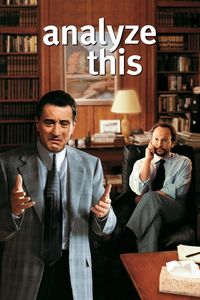 (In theaters, June 1999) This film has its moments of inspired amusement, though it’s hard to avoid being funny when dealing with a mobster going to a psychologist. Thought perhaps a bit less fun that I had been led to believe, the script is undoubtedly aimed to a more mature audience that the usual comedy. Some weird shifts in register (like the bizarre other wedding ceremony) give us a glimpse of a comedy that could have been less realistic but more hilarious. In any case, Robert De Niro turns in a good mobster performance despite unconvincing sobs, and Billy Crystal is tolerable as the psychiatrist.