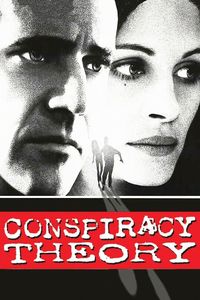 (On TV, March 2000) Now what was that? A comedy? It’s too dark for that. A thriller? Not a very effective one. A vehicle for Gibson’s penchant for weird characters? Not a bad… theory. In any case, this is a seriously misguided film, with mismatching comedic/dramatic tones, a Taxi Driver opening and boring-stock-thriller finale. Sure, Gibson is fine and Julia Roberts is cute, but the script oscillate between silly and lame, with shameless pandering to the “National Enquirer” crowd (again; a comedy?) and interesting threads dropped midway through what’s already a very very long script. A considerable disappointment, and not really an entertaining one.