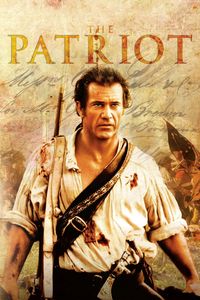 (In theaters, July 2000) The impossible has happened: Emmerich and Devlin -the team behind such stinkers as Stargate, Independence Day and Godzilla– have finally produced a good film. A really good film. Sure, Mel Gibson’s done pretty much all of this before in Braveheart and the film is peppered with occasionally dumb scenes. (Cinepop-quiz: At which point will the little “mute” girl will start to talk? What will she say?) But on the other hand, this is a straightforward war adventure with a decent script, a likeable protagonist, some tension and clear direction. Cultural anthropologists and war buffs will revel in the representation of classical 18th-century European warfare (lines of soldiers advance, shoot, reload. All very civilized) While some liberties have been taken with historical facts, the film feels very convincing in details and atmosphere. Finally, a summer epic that does not disappoint!

(Second viewing, On DVD, September 2001) This film definitely appreciates with a second viewing. You come to expect the mawkish emotional scenes (“Daddy! I can talk at dramatic junctures of the plot!”) and gloss over them to focus on the wonderful re-creation of the American Revolution. The script, aside from the cheap occasional sentimentalism, isn’t half-bad and the directing is quite good. Who would have thought the one who brought us Stargate, Independence Day and Godzilla could pull it off? The DVD contains a few extras that won’t work on my cheap player, and a moderately interesting commentary track by the directors. The Patriot finally plays like the grand historical epic it’s supposed to be: A good film!