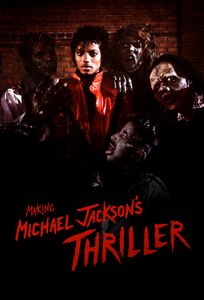 (On VHS, September 2001) Occasionally interesting documentary about what’s arguably the most influential music video of all time. The focus on special effects is great, and so’s the segment on shooting. The documentary, however, is padded and hampered by several overlong excerpts of other videos, a John Landis film and a Grammy performance. Obviously there only to bolster the documentary’s running time. The image quality was poor, though that might have been a flaw of the older rental cassette we viewed. For fans.