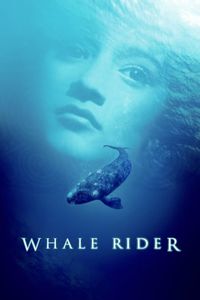 (On DVD, January 2004) I’m not a big fan of dramas in which old cultures learn to resist new social conventions, and so that particular aspect of Whale Rider is a bit lost on me. Where it works a little bit better, though, is in depicting a young girl’s fight for acceptance among her family, and the relationship between her and her grandfather. It unfolds pretty much as you’d expect, with appropriate pauses for tears and laughter. I can see why other people could go for this Oscar-nominated film. Good images; impeccable technical aspects. Keisha Castle-Hughes is wonderful as the heroine, but it’s Rawiri Paratene who steals the show as her gruff grandfather.