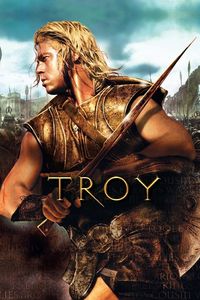 (In theaters, May 2004) Massive historical warfare! Plenty of special effects! Hot Greek chicks! What’s not to like? Whee! While this adaptation plays loosely with the “real” source material (if any can be said to exist), it manages to create the required epic feel of a war between Greece and Troy. The gods are thankfully left aside to make place for the real story. The battles scenes are a wonder to behold, as thousands of soldiers, both real and computer generated, fight it out in earnest. But just as impressive is the accessible nature of the story, which manages to fit lust for glory, lust for power and plain simple physical lust into a story of war between nations. It may be long, but it’s seldom boring. Brad Pitt does a fine job portraying Achilles as a bored and meditative rock star, but it’s Peter O’Toole and especially Eric Bana who steal the show with textured performances of curiously sympathetic antagonists. While some of the visuals can be outlandish (fortunately, the CGI team had hard drives big enough to generate those thousand ships!), the movie as a whole isn’t bad at all. Plus, as a bonus, you get to clarify some of that confusing Greek mythology.