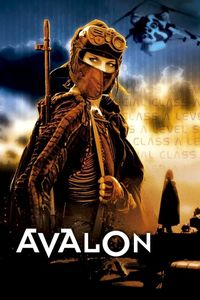 (On DVD, August 2004) “From Mamoru Oshii, the director of Ghost In The Shell” sounds like a pretty good sales pitch… until you realize that this means a live-action film that emulates all the most annoying characteristics of bad anime: Soporific pacing; re-use of the same shots; a threadbare plot barely deserving of being called a “story”; characters mostly defined by their cool nickname; inexpressive acting; obvious twists stolen from slush fiction; and so on and so forth. If this film had been paced like the usual American films, it might have lasted a good fifteen or twenty minutes. As it is, we’re forced to slog through 90 minutes of sepia-tinted melancholy to get to where we know it’s going to end. Beyond the weirdly stylized (and yet curiously dull) first sequence, don’t expect much in terms of action: This is one anime film where long static shots are meant to induce roughly the same catatonia that affects the lead character. Some interesting cinematography, but is it all worth it? So many clichés and overused elements, yet still all wasted. It all ends, as you would expect it, with the usual metaphysical ending that truly doesn’t mean much and concludes even less. Real or not? A better question: Do I care or not? Welcome to Avalon.