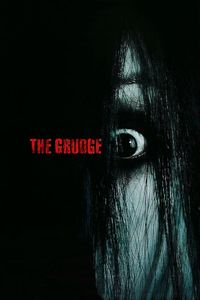 (In theaters, October 2004) First thing first: Yup, this film is packed with chills and scares and spring-loaded cats and gratuitously wrong imagery. On these grounds alone, this ranks as a successful horror films. There’s only one catch, though: Even as your lower reptilian cortex is being so effectively stroked, your higher-level brain functions will violently react as they try to make sense of what is ultimately a pretty dumb film. The implicit pact between filmmaker and viewer is broken: The early weird scenes do not end up making sense. We are to believe in a haunted house that takes sadistic delight in killing everyone who enters it, but then we see a real estate agent waltz in and out. Then the house starts going after victims just about everywhere in Tokyo, under guises that don’t actually reflect the internal logic of the triggering trauma. Then some people are killed efficiently while others are left to suffer for a bit, and maybe even take the bus back home. In short, there’s no internal logic, no “rules” to play with. This, contrarily to what others may say, doesn’t make the film scarier: It makes it cheaper, lazier and dumber. A year after The Ring, I still have chills over it thanks to a simple plot line that worked. A day after The Grudge, I can scarcely remember it already.