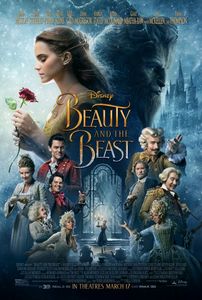 (In French, In theatres, March 2017) Disney’s been on a roll in adapting its own animated classics to live-action lately, but the surprise is how consistently solid the result have been. They clearly understand their own material, and if the result tends to be unsurprising by design, there’s something to be said about delivering exactly what viewers are expecting. So it is with Beauty and the Beast, a film not designed for today’s kids as much as it’s aimed to everyone who has flipped over the original film at any time in the past twenty-five years. Emma Watson stars but does not impress as Belle—she plays the character like about a dozen other actresses her age would, and that’s good enough without being particularly impressive. The point of the film isn’t the human actors, though—not only is there a lot of CGI here, but the nearly-overwhelming set design takes center-stage early on and doesn’t let go. The tunes are the ones you remember (curiously enough, I like “Gaston” and “Be Our Guest” a lot, but it’s “Belle” that I hum most often.), and the “Be Our Guest” number is spectacular enough to be compared to then-ground-breaking original. I still don’t particularly like the story, even though much care has been spent explaining and justifying its least convincing elements. Having seen the French version, I can’t speak about the voice acting of the furniture (now here’s a sentence I never thought I’d write when I woke up today) but their characters are surprisingly sympathetic—this remake wrings all possible pathos out of their plight until the final moment. For Disney, this is a success: the kids will love it (although it’s a bit too dark for younger children), the parents will be reminded of the original and there’s enough to see to make things interesting to everyone else. Of all of Disney’s various live-action remakes so far, I think that this is the one that has the best shot at displacing (but not eclipsing) the original—it’s not that different in tone, and manages to update the weaknesses of the original without neglecting to play up its iconic elements. Time will tell—and I say this as someone who dislikes the idea of remakes supplanting the originals.