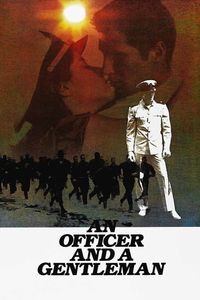 (On DVD, February 2018) I’ve got a soft spot for academy movies, or more specifically movies in which our protagonist matures by attending a tough school. And while that certainly doesn’t describe all of An Officer and a Gentleman, it certainly covers what’s most interesting in the film—as the no-good son of a sailor enlists in a military academy to become an officer. The training is merciless, and that’s not even getting into the issue of repeating his parents’ mistakes in romancing local girls. Richard Gere (at times with a crew cut) stars as the protagonist, while Debra Winger plays a strong love interest with issues of her own and Louis Gossett Jr. is a rough instructor. There’s a fairly predictable B-couple romance meant to illustrate the worst-case scenario as well, but never mind—much of the film’s entertainment comes from the hero undergoing the rigours of training, and much of the film’s emotional power comes from its romance. Firmly establishing itself in a grimy reality from the first few moments, the film does exemplify a certain seventies/early eighties rawness that makes the latter triumph more meaningful. While I shouldn’t exaggerate An Office and a Gentleman’s effectiveness (there isn’t much here that hasn’t been done elsewhere), it does nicely click together and works better than expected.