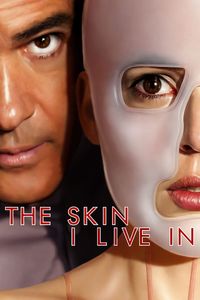 (In French, On TV, February 2018) Pedro Almodovar’s body of work (or at least the half-dozen films of his that I’ve seen) defy easy characterization: comedy, drama and thriller, all in the same films, all using refreshingly unfamiliar narrative structures … and seeing La piel que habito doesn’t help in clarifying things, as it blends mystery, horror and twisted romance in an occasionally-grotesque result. Knowing that it’s a twisted film, you can anticipate the worst once it becomes clear that the film is about a genius-level plastic surgeon, a captive woman and sombre disappearances in the back story. The film’s secrets are far wilder than most people would dare imagine. At that point, it becomes tricky to assess the film fairly: it’s certainly odd and well executed, but is it good? It’s certainly unpleasant, but was it worth watching? Almodovar fans will be best placed to answer these questions for themselves. In the meantime, there’s a good performance here from Antonio Banderas, some clever directing and a script that doesn’t spoon-feed some extreme material. It’s certainly not for weak stomachs—the blood alone is bad enough, but the themes are even worse.