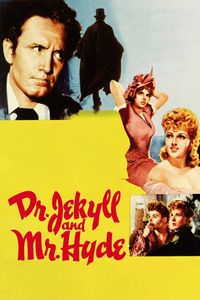 (On Cable TV, April 2018) From our twenty-first century perspective, we routinely complain about remakes … but the truth is that the early decades of cinema were just as rife with movies being remade. Of course, back then they did have better excuses, as the state of the art in moviemaking kept progressing at a pace that would astound us today. Take the leap between the 1920 and 1941 versions of Dr. Jekyll and Mr. Hyde: One of them silent, crude and garish while the latter one being more nuanced and controlled. Spencer Tracy delivers a truly good performance in both eponymous roles, relying on sheer acting (and hairstyling, and makeup) to distinguish between the two characters. The direction is more ambitious, the story a bit more sophisticated, the portrayal of evil not quite as comically quaint as in the previous film. As a result, the 1941 version can be watched today with far fewer obstacles between the film and the viewer—sure, the colour is missing … but not much more. Where the 1941 version suffers a bit, especially when watched as a double-feature with the 1920 version, is that it has fewer surprises to offer in telling the same story. In a way, that frees the viewer to appreciate the execution and Tracy’s more impressive performance largely bereft of prosthetics.