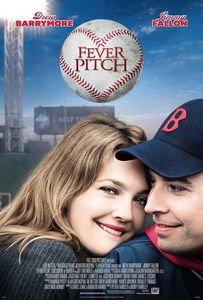 (On TV, December 2018) As the legend goes, Fever Pitch was designed to be a bittersweet romantic comedy featuring Jimmy Fallon as a lifelong dedicated fan of the Boston Red Sox—who always lost in the playoffs. Except that, in shooting the movie … the Sox won the World Series, breaking a multi-decade curse drought. That’s kind of adorable (especially since the movie was shooting at some of those unexpectedly victorious playoff games), which is very much in-keeping with the tone of the film. As a romantic comedy focusing more than usual on the male character (shown to have issues with his sports fandom), it’s the kind of sweet and forgettable film that can be watched at any time with any kind of audience. It’s harmless, buoyant, not without its dramatic trials and coincidentally set against one of the most improbable events in American sports history. (Well, until 2016 rolled around with all kinds of freakish wins.) The portrait of an obsessed sports fan is not bad, as are the complications that come with it. The portrait of Boston is convincing, and the human leads don’t do poorly either: Fallon is not annoying here, and Drew Barrymore is surprisingly sympathetic. I’m not normally a fan of either actor, but the film does manage to give them likable roles. While I’m not going to put Fever Pitch on any best-of list (even as a Boston film, I can think of a few better choices), it’s harmless and fun and the unexpected win at the end of the movie where the plot and real-life events intersect is just the cherry on top of a tolerable romantic comedy.