(In French, On Cable TV, October 2018) The history of mutinies in the US Navy is a very short one, making The Caine Mutiny an even more interesting depiction of sailors rebelling against their captain. Adapted from the Herman Wouk novel, this film steadily cranks up the pressure as crewmembers of the Cain grow increasingly concerned with the mental stability of their commanding officer. (He’s played by none other than Humphrey Bogart, in a somewhat atypical role as a weak and cowering character.) It culminates in mutiny … but the film has quite a bit longer to go before being over, and it’s that third act that proves perhaps the most interesting portion of the film. Because after the mutiny comes the reckoning, as our rebellious protagonists face martial court for their actions. That’s when a lawyer (ably played by Miguel Ferrer) takes care of the mutineers, long enough to get them a fair or suspended sentence but also to deliver a terrific post-judgment speech explaining in detail how much he loathes them for what they’ve done. The Caine Mutiny also manages a terrific overturning of familiar expectations by making a semi-villain (or at least a weakling) out of its novelist character. Fictional writers being written by real writers usually means that most writers in any kind of novel/movie are usually semi-virtuous canny observers. Not here, as Wouk avatar Fred MacMurray turns out to be a coward and pointed out as such. Such overturning of expectations makes the film as good as it is, pointing out that mutinies aren’t necessarily admirable or glorious even when there’s a reasonable doubt of their necessity. The Caine Mutiny is not a short film, but it does put us on the bridge during a very tense situation, and then plays out the consequences. 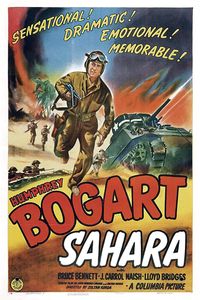 (On TV, October 2018) Considering the time it now takes to make movies and bring them to market, it’s sometimes amazing to watch WW2-era films discussing events that happened mere months prior to their release. It’s even more amazing to find out that some of them remain remarkably effective even despite their ridiculously short gestation period. So it is that Sahara is a welcome surprise: a solid war adventure set during the African campaign of WW2. It certainly helps that it features no less than Humphrey Bogart as the commanding officer of a lost tank trying to rejoin their main battalion after a fierce battle. Lost in the desert, they gradually find other survivors and spend the first half of the film searching for an oasis. Alas, their troubles only begin when they do find a source of water—before long, they find themselves guarding a dry well against a much larger force of Nazi soldiers. Action, derring-do, amazing coincidences and character drama all punctuate the second half of the film, raising the stakes and providing a capable war adventure made as it was going on. There is a really interesting moment midway through the film in which the Italian character blames the German character for his nation having duped in joining the alliance—a far more nuanced portrait of the enemy than you would have expected at the time. Bogart is quite good in the lead, with a secondary role by a young Lloyd Bridges—and this is one of those rare films with an all-male cast. Sahara firmly belongs in the “war is an adventure” school of filmmaking: the film is not trying to make a statement about the futility of it, but neither is it unbearable propaganda. A clever, tight script wraps everything together in a topical war drama that has nevertheless withstood the test of time significantly better than most of its contemporaries. 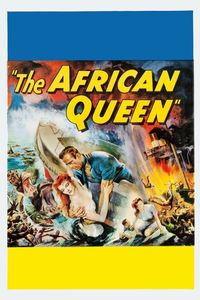 (In French, On Cable TV, July 2018) If you’re even a casual fan of classic cinema, The African Queen is a must see, even for no other reason than it features Humphrey Bogart and Katharine Hepburn playing off each other in familiar roles—Bogart’s kind-hearted rogue, and Hepburn later-career matriarch. The story takes place deep in Africa during World War I, as a Canadian adventurer (Bogart) rescues an English nun from German attack. Escaping to friendly territory is not a certainty, especially when their tiny boat is faced with the threat of a German warship blocking their way. The adventures build up to a pretty good finale. While the innovation of shooting much of The African Queen on-location deep in Africa has paled a bit for today’s audiences, the results are clearly appreciated on-screen with a film that looks quite a bit more realistic than many of its studio-shot black-and-white contemporaries. (Legend has it that most of the crew suffered greatly from the shooting conditions, except Bogart and director John Huston who mostly drank alcohol rather than water.)  Bogart got an Academy Award out of the film (a lifetime achievement reward in all but name) while Huston and Hepburn got nominated for their efforts. The result is a product of its time, but The African Queen has aged rather well and significantly better than many other films of the time. 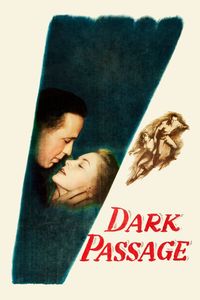 (On Cable TV, June 2018) Humphrey Bogart was the man’s man in the 1940s (and even well thereafter), his marriage to Lauren Bacall was the stuff of tabloid legends, and film noir was the decade’s flavour. So it is that Dark Passage goes down smoothly as we’re presented a sordid little melodrama of murder, double-cross, escaped criminal and cosmetic surgery. Unusually enough, much of the film’s first half does not show the protagonist’s face—the film either features first-person camera shots, or obscures the protagonist’s face until he undergoes cosmetic surgery and takes off the bandages—at which point he’s revealed to have none other than Humphrey Bogart’s face. The rest of Dark Passage speeds by, as our unjustly convicted protagonist tracks down his ex-wife’s killer and finds love with Lauren Bacall. San Francisco plays a good role in the story—there might have been something in the Hollywood water system at the time, given how Orson Welles’s noir The Lady from Shanghai also used the city’s backdrops liberally the same year. The plot is far-fetched, but the atmosphere and the stars help make Dark Passage a classic film noir. 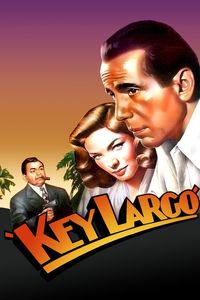 (On Cable TV, February 2018) There are actors that elevate the material they’re given no matter the genre or how many years later you see the result, and so while Key Largo is in itself a perfectly serviceable thriller, having Humphrey Bogart in the lead role certainly doesn’t hurt. At times a small-scale thriller in which various people are trapped in a Florida hotel during a hurricane (showing its theatrical origins), the film eventually opens up to a boat-set finale. In another classic pairing with Bogart, Lauren Bacall plays the dame in distress, with strong supporting performances from Edward G. Robinson and Claire Trevor. Director John Huston keeps things tight and suspenseful as characters are forced to interacting in a small setting—you can see the influence that the film had over some of Tarantino’s work, for instance. Key Largo is not particularly remarkable, but it does have this pleasant late-forties Hollywood studio sheen, meaning that you can watch it and be assured of a good time. 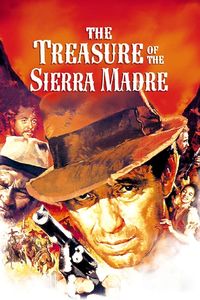 (On Cable TV, February 2018) I was impressed to see how, even seventy years later, there is still such a strong narrative drive to The Treasure of the Sierra Madre and how well it balances character development with its plot. It helps that the film quickly sets up its core characters. Humphrey Bogart is fine as a downtrodden American willing to do whatever it takes to barely survive in Mexico, but the film’s highlight is Walter Huston (the director’s father) as an immensely likable grizzled prospector. Meanwhile, Tim Holt does serviceable work at the character who is tempted by various moral choices. With such good characters, the plot comes alive as our protagonist find a way out of a backwater Mexican town to explore a mountain for gold. That they find it so quickly only sets up more difficult choices later on, as gold fever grips the characters and paranoia sets in. Notable for having been shot on location, The Treasure of the Sierra Madre is one of those (surprisingly rare) black-and-white movies that I wish had been shot in colour, given how much importance the setting takes. In other areas, however, the film hasn’t aged a bit: the dialogue is still sharp, the plot generally unpredictable and the actors do fine work with the dramatic arc they’re given. Writer/director John Huston did exceptional work and the result still speaks for itself. 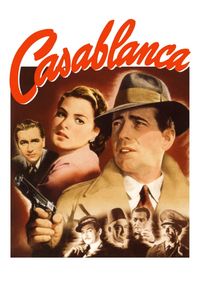 (Second or third viewing, On DVD, January 2018) I first saw Casablanca in the mid-nineties, as I was rummaging through my university library’s collection of film classics. I really, really loved it at the time, to the point of writing a Science Fiction parody that has thankfully not escaped my hard drive since then. Casablanca remained my standard for accidental greatness from the Hollywood studio system, the kind of film where magic just happens from competent people just doing their job. (In discussions about classic cinema, I usually oppose Casablanca to Citizen Kane, both of whom I love dearly but the second of which was designed to be a masterpiece while the first just sort of happened.)  I wasn’t necessarily looking forward to another viewing now: What if the film wasn’t as good as I remembered? What if it fell flat next to the thousands of movies I had seen since then? I shouldn’t have worried: Casablanca is still as good today as at any time since its original release. It’s a film that grabs you quickly and seldom lets go, whether it’s firing on romantic or thrilling energy. Blending comedy, passion, suspense and political issues (now deliciously historical), Casablanca is one of the original four-quadrant triumphs, seamlessly going from one thing to another along the way from a gripping opening to a memorable conclusion. Humphrey Bogart is impeccable as the protagonist, but the supporting performances are fine across the board, from Claude Rains to Ingrid Bergman to Paul Henreid, all the way to the extras singing The Marseillaise given how (Casablanca histories tell us) that they were nearly all European exiles or refugees. Historically, Casablanca rolled the dice and landed a solid 12, describing a personal tipping point right after the country decided to go beat up Nazi Germany. Still, there is something for everyone in this film—you don’t have to catch the allusions to the date of the events to feel for its heroes at the most basic level. The Paris scenes may feel redundant, but they provide some of the film’s best quotes and movie-star moments. All told, iconic Casablanca remains a triumph of moviemaking, as good as the genre ever gets. I look forward to seeing it another time.