(On DVD, October 2018) Is Once Upon a Time in the West the western to end all westerns? Probably not, but watching it after seeing Sergio Leone’s Eastwood-led man-with-no-name trilogy, I was struck at the sheer scope of his achievement here. Far from the low-budget heroics of A Fistful of Dollars, Leone goes for big-budget maximalism in showing how the railroad makes its way to an isolated western town, and the violence that ensues. It takes a while for everything to come into focus, but when it does we have a four-ring circus between a nameless protagonist (Charles Bronson’s “Harmonica,” and you know the tune he plays), a woman trying to transform herself in the West (Claudia Cardinale, captivating), an evil industrialist henchman (Henry Fonda, playing a villain!) and a bandit there to mess everything up (Jason Robart, not outclassed by anyone else). The four quadrants of the plot having been defined, the film then takes on its narrative speed—although at no fewer than 165 minutes and considering Leone’s typically contemplative style, there isn’t quite enough plot here to sustain the film’s duration. Still, it’s entertaining enough if you’re not in a hurry—This is clearly a film by someone who has seen a lot of westerns, and it regurgitates familiar elements in entertaining permutations. Plus there’s Leone’s visual style—the film’s best shot is a slow pullback from a man about to be hanged from an arch, with Monument Valley as a majestic backdrop. Not being much of a Western fanatic (although I appreciate it more and more as I see the best movies of the genre), I can say that there’s a limit to how much I can like Once Upon a Time in the West, but it was more entertaining than I expected, and almost as good as its lengthy running time would justify. 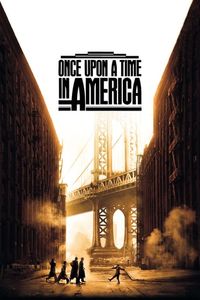 (On DVD, September 2018) There are obviously some grandiose intentions at play in Once Upon a Time in America, from the sweeping title to the expansive running time to the intention of presenting a crime saga throughout the decades. The similarities to the Godfather movies are numerous, and they start with having Robert de Niro play a gangster. You can imagine writer/director Sergio Leone gleefully embarking on this project, wind in his sails from having completed the Man with No Name trilogy and Once Upon a Time in the West. He certainly brings a somewhat… European sensibility to the project, making his protagonist a very lusty lad (there are two rapes in the film, one of them played for laughs) in addition to the usual graphic violence. The film is famous for a decade-long development process and for being incredibly long especially with its preferred director’s cut. (Today, it would have been made as a prestige miniseries). Much of this editing shows—not all of the film is coherent, and the rhythm of the film constantly stops and go. While ambitious, Once Upon a Time in America isn’t quite as successful as it thinks—it’s long, it takes forever to start, it lacks the moment-to-moment watchability and overall control to truly succeed. Missed opportunities and all that. 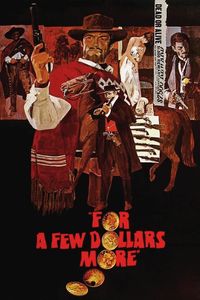 (On DVD, December 2017) The best thing about For a Few Dollars More in following up A Fistful of Dollars is adding Lee van Cleef as a foil to Clint Eastwood’s Man with no Name. Eastwood is terrific, of course, but van Cleef is just as effective in his own way, adding tension and even more spectacular machismo to this sequel (the sequence in which they duel over a hat is quite good). The budget also seems more generous, allowing for a more fully realized version of a Western shot in Spain by an Italian crew. Sergio Leone’s direction remains just as effective, but seem more polished than in the previous film. It helps that the script is somewhat more complex than the previous film, allowing for more than a simple stranger-comes-to-town paradigm. The climax works well, and the watch motif adds another layer to the film. Add to that Ennio Morricone’s score and you’ve got a strong follow-up to the original western, and a stepping stone to The Good, The Bad and the Ugly. 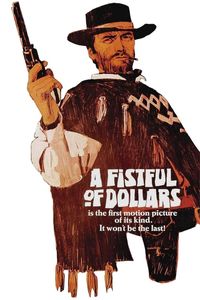 (On DVD, December 2017) Iconism doesn’t get any starker than seeing Clint Eastwood anchor this Sergio Leone Spaghetti Western in A Fistful of Dollars. As “The Man With No Name” walks into town to drive an archetypical plot, this is as stripped-down a western as you can find. There’s only the laconic hero, villains to be vanquished and innocents to be protected. A measly budget led to a laser-like focus on the film’s core strength, bolstered by Leone’s impeccably sense of style and Eastwood’s star-making performance. It certainly works as an exercise in machismo, explaining its enduring popularity even today. Numerous set-pieces help develop Eastwood’s legend as much as his character, including an improbable but strong climax featuring bulletproof armour. Leone’s sense of direction is distinctive even without much of a budget at his disposal, grand landscape shots eventually leading to expressive close-ups that have now passed into parody. Add to that Ennio Morricone’s now-familiar score (although without the “wah-wah-waaah” flourish, only present in the third film in the series) and you’ve got the making of a genre classic. It’s rough and crude, but focused and strong.