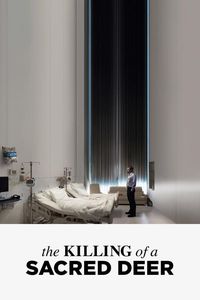 (Netflix Streaming, August 2018) Confirmed and settled: I just don’t like writer/director Yorgos Lanthimos’ aesthetics. After being unimpressed at The Lobster and now all over again with The Killing of a Sacred Deer, I’m ready to give up entirely on his work. The premise of The Killing of a Sacred Deer is weird enough (a vengeful teenager puts a curse on a family, to be broken only through a violent choice), but it’s the execution that makes it exasperating: a deliberate blend of flat elocution, languid pacing (at two hours, the film is far too long), unlikable characters and deliberate emotional distance. It may work for some (the film was well reviewed), but I couldn’t wait until it was all over, not really caring about who lived or died. (No, actually that’s not true: at times I was actively rooting for everyone to die.) Colin Farrell and Nicole Kidman seem game for the material, which to be fair to the actors is substantially different from anything else they may have been asked to play. Still, as far as I’m concerned, The Killing of a Sacred Deer is a notable bore: interminable, uninvolving and unlikable. 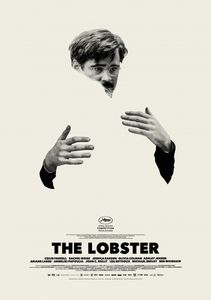 (Netflix Streaming, October 2016) I actually wanted to like The Lobster more than I did. In theory, I agree with the idea that we need more absurdist comedies, that fantasy is a great way to talk about the human condition through metaphors (why do you think I like Science Fiction so much?) and that not all of human experience has to fit in the “married with children” paradigm. The Lobster tries to fulfill all of those wishes, but the way it does so isn’t quite the one I was hoping for. While billed as a comedy, The Lobster can be surprisingly violent and unpleasant, going from one extreme to another without quite finding the synthesis of its sides along the way. It deliberately ends on ambiguity, but that doesn’t necessarily bother me as much as the carefully deliberate way it seems to take place in another kind of reality, without necessarily portraying believable human emotions. The early inventiveness of the opening half isn’t quite matched by the second one, and the absurdity of the premise often sabotages any attempt at taking it all more seriously. It is, in other words, a deliberately artificial film, and it doesn’t take much to snap out of it if you even have the slightest objection or question. There are layers of meaning, of course, and ways to argue endlessly about the slightest detail. It doesn’t take things seriously nor comfortingly—the deconstruction of marriage is as brutal as anything else seen recently on this side of Gone Girl, and the laughter can feel a bit hollow when confronted to such bleak existentialism. At least Colin Farrell (in his post-stardom tour of fascinating roles) is pretty good, and he’s surrounded by equally capable players such as John C. Reilly and Rachel Weisz. Still, the star here is writer/director Yorgos Lanthimos, who brings his own unique sensibility to a film that no-one else would have executed in the same way. The Lobster is a perfect date movie for philosophy majors—but I’m not sure about anyone else.