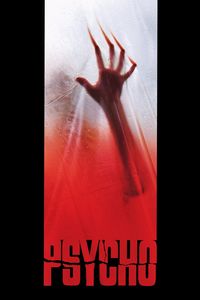 (Netflix Streaming, September 2017) There are a lot of remakes, but very few shot-by-shot remakes sticking as closely to the original as possible, down to the dialogue and specific shots as this 1998 version of Psycho does. But what Gus van Sant has done with his version of the classic film is unexpectedly fascinating rather than annoying. Moviemaking techniques evolved considerably between 1962 and 1998, and one of the most interesting aspects of this Psycho is comparing the extra details in the same frames, the depth of perception and the increased energy of the camera. Some changes are fully justified, from the opening bird-eye introduction to the characters to mercifully shortening the end monologue introducing the concept of split personalities to 1962 audiences. Other changes aren’t so remarkable: Vince Vaughn is (to put it bluntly) no Anthony Perkins, and Anne Heche is rather dull as a heroine. Still, trying to make sense of this film as a standalone thriller is difficult (the structure is lopsided enough), and simply treating it as a remake misses the point that it actively tries to be the same film, except made for 1998. I’m not going to call it good, but I will call it interesting. 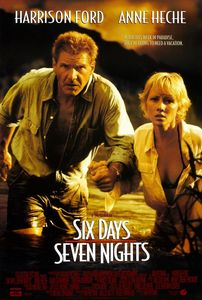 (On DVD, November 2016) As a frothy tropical comedy featuring intergenerational romance, Six Days Seven Nights almost exactly what it claims to be. As a young woman (Anne Heche) and an older man (Harrison Ford, up to his usual grumpy persona) are stranded on a tropical island, misadventures pile up until they include bad weather, plane crashes, pirates and tropical survival. Most of it is in good fun, with the added appeal of tropical scenery. The main plot works reasonably well, but I can’t help but feel that it’s sabotaged by the subplot, in which the partners of the lost couple indulge in adultery and ultimately dictate the disappointing ending of the film. (This is one of the few romantic comedies in which it’s understandable not to root for the lead couple to remain together, as mismatched as they are. I give them six months.) David Schwimmer is OK as the abandoned subplot fiancé, but pales in comparison to Jacqueline Obradors’ far more spirited performance in the same vicinity. Otherwise, veteran comedy director Ivan Reitman keeps things moving and if Six Days Seven Nights doesn’t rise up much above the usual, it’s done in a genre that’s more agreeable than most. (As long as you can forgive the ending, that is.)